The Great Lakes Towing Company has played a major role in the maritime industry on the Great Lakes since its incorporation in New Jersey on July 7, 1899. The Company’s founding shareholders comprised a veritable “Who’s Who” of the nation’s great industrialists of the day, including John D. Rockefeller, Jeptha H. Wade, and James R. Sinclair, among others. Popularly called “The Towing Company” for its entire 120-year history, the Company has been a significant marine operations link in one of the major economic lifelines of North America — the fourth seacoast and the Great Lakes Seaway System. The Towing Company has continuously evolved to meet the changing demands of the agricultural, steel, and construction industries, and the needs of the ships and tug/barge units which serve those industries. The Great Lakes Group of Companies also includes:

Since its founding, the Company was headquartered in the Terminal Tower in Cleveland, Ohio until its move to its present location. The Company has always operated a Cleveland-based Shipyard. Originally on Jefferson Road in the Flats until the Great Cuyahoga River fire in 1952 when it moved to the present site in the Old River Bed, the Shipyard constructed many of its tugs and repaired all of the Towing Company’s tugs and barges throughout its history. Later, in 1983, the Shipyard entered the commercial ship repair business, but the scope and volume of this business was restricted due to the physical size of the facility and the limited capacity of its equipment.

To revitalize and expand its traditional maritime businesses, the Company decided to embark on a bold expansion project. The Shipyard Expansion Project is a four PHASE project which, at a total cost to date of $11.345 million, included:

The Great Lakes Towing Company, through its development of its Shipyard and the formation of its subsidiary companies, found the way to continually adapt and improve its services to the needs of each new day. As The Great Lakes Group today stands upon the achievements of its historic past, it also faces the future as a challenge to be met with the full resources at its command. 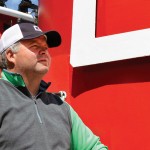